Hey guys.
First of all we are sorry for delay in our response regarding to your funwar invite, some clan problems.

Anyways, we have accepted your war request.

We play 4 rounds in each map. 1 map of our choice and 1 map of your choice.
If both ends in draw we play one more map.

Here is my evolve. https://www.evolvehq.com/players/hitmanfromhell4u

Hope you guys can make it. If you have any questions or wanna change anything. Post here or message me on evolve.
We choose 1.0 because most of our players are not willing to install 1.1

Hope to get back on you soon regarding the war.

clear things for me: spwan kill/nade is ok after 3 seconds, unless vip is close to spwan then spwan kill is ok. Am I right ?
Can anybody provide me with a decent challenge?! 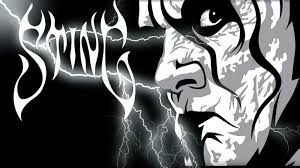 Hope you guys understand we have no camping rules and stuff and you guys have hardcore rules. So I am trying to have a mix of all. Camping is allowed which is new to us and above stated rule is new to you. 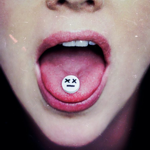 |MYT|Mazso wrote:We don't have "time" expression in our spawncamp/kill rule. It is simply forbidden, unless VIP needs cover as you said.

Usually the only thing not allowed in wars is cheat, including bugs/glitches.

Ofc I could play with any rule, since I played BS mode in v1.1 with no camp rules for years, but I don't enjoy play with subjective rules, mainly in FUNwars.

Resuming: play the game as it is (since we don't have a servermod to change rules). Just changing from casual public server gameplay to spawn (and other zones ahead) controlling & protection teamwork.

Spawn rape is a bit hardcore, but is fair enough in wars if your team got its spawn area totally uncovered; anyway, I could only call SWAT 4 of hardcore (and realistic) game when respawn is disabled (what also solves the problem of spawn -kill - camp -etc).

Idk why ppl uses respawn enabled in wars... I think that's the same explanation to do not camp in a tactical FPS: two unrealistic things, but players got used with such rules/settings.

I recall when we lost a war cuz I wasn't able to spawnrape them, just cause I got used with our VIP server's rules.

About the "3 seconds" rule, it was used in last tournaments, right Sting? ;p

The thing is we are not accustomed to camping and spawn nade/rape rules. And making every member agreeable on this is hard. That is why i have stated those mixed rules as in my opinion camping is kind of a tactical need, that is why we agreed to allow camping.

Hope you guys get ready for some fun

I suppose you guys are not familiar with fun wars. I will explain to you my point:

In wars dude, its nearly impossible for vip to go exit, if spwan is safe point forever. why ? because camping is allowed, this means suspects can just camp inside their spwan, throw nades and block ways till the end of the round. Also we avoided hardcore rules like spwan raping(nade/kill), because we want just fun thing + we know that 1.0 general rules are non camping.
we are ok with all of your rules, but I think those 3 seconds are fair enough. It gives suspects enough time to prepare/defend themselves. add also to the rules no vip prehurt.

@mazso, public rules are not applied on wars because they are totally different things.

all we want here is just simple & funny game. and yes this 3 seconds rule was applied in 4 or 5 cups and proved its good enough

the last word goes to sinaas, he will decide. Im ok to play with any rules.
Can anybody provide me with a decent challenge?!